The decision came down to a vote at the Australian and New Zealand Ministerial Forum on Food Regulation, a group made up of state and territory ministers as part of its ongoing response to the five-year HSR review.

Food is rated from half-a-star to five stars depending on how its healthy and risk nutrients compare but the system has come in for criticism. 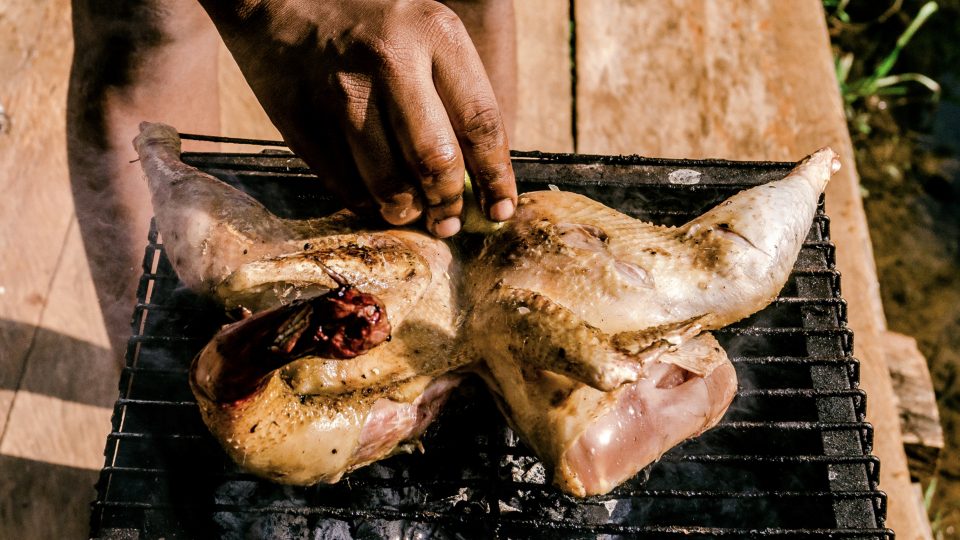 What was the National Chicken Council’s response to public health authorities calling for the industry to stop feeding arsenic-based drugs to poultry?

“Dietary practices influence our exposure to pesticides, toxic heavy metals, persistent organic pollutants, and industrial pollutants….A diet high in fish and other animal products, for example, results in greater exposure to persistent organic compounds and metals than does a plant-based diet because these compounds bioaccumulate up the food chain.” Researchers at UC Davis analyzed the diets of children and adults in California to see just how bad things have gotten.

Cancer benchmark levels were exceeded by all children—100 percent of children—for arsenic, the banned pesticides dieldrin and DDT, metabolite DDE, as well as dioxins, and not just by a little. As you can see at 0:51 in my video Where Does the Arsenic in Chicken Come From?, researchers found more than a hundred times the acceptable daily exposure for arsenic in preschoolers, school-aged children, parents, and older adults, about ten times the acceptable levels for various pesticides, and up to a thousand times the daily dose for dioxins. Where are all these toxins coming from?

The number-one source of dioxins in the diets of Californian preschoolers, kids, parents, and grandparents appears to be dairy for all age groups, followed by meat, and then white potatoes, refined grains, mushrooms, poultry, and fish.

These days, our DDT legacy is also mostly from dairy. Dieldrin was created as a safer alternative to DDT, but it was banned just two years later, in 1974, though it’s still found in our bodies, mostly thanks to dairy, meat, and, evidently, cucumbers.

Chlordane made it into the 1980s before being banned, though we’re still exposed through dairy (and cukes). Lead is — foodwise — also mostly from dairy, and mercury is …continue reading 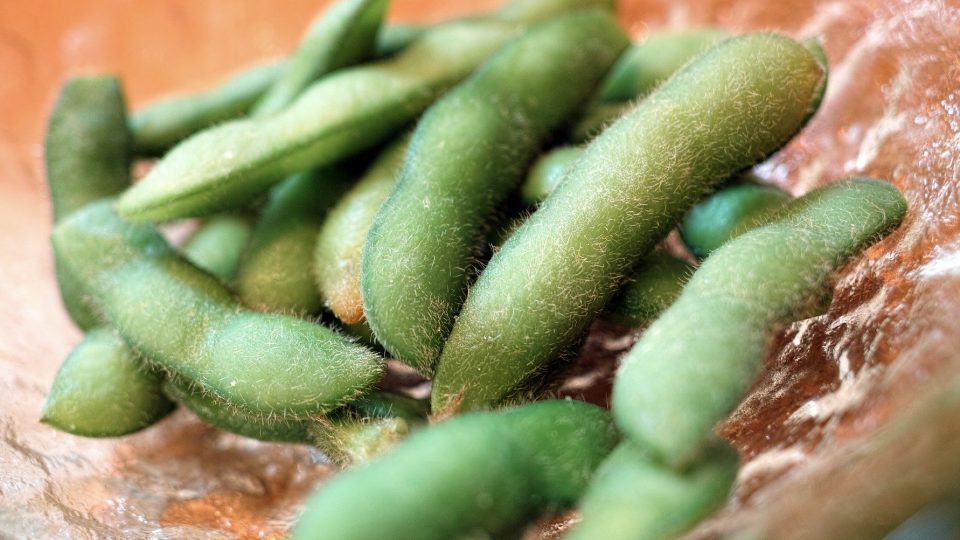 As I discuss in my video The Role of Soy Foods in Prostate Cancer Prevention and Treatment, a compilation of 13 observational studies on soy food consumption and the risk of prostate cancer found that soy foods appear to be “protective.” What are observational studies? As opposed to interventional studies, in observational studies, researchers observe what people are eating but don’t intervene and try to change their diets. In these studies, they observed that men who ate more soy foods had lower rates of prostate cancer, but the problem with observational studies is that there could be confounding factors. For example, “people who choose to eat soy also make other lifestyle decisions that lower the risk of cancer (e.g., lower fat intake, higher vegetable and fruit intake, more frequent exercise),” maybe that is why they have less cancer. Most of the studies tried to control for these other lifestyle factors, but you can’t control for everything. What’s more, most of the studies were done in Asia, so maybe tofu consumption is just a sign of eating a more traditional diet. Is it possible that the reason non-tofu consumers got more cancer is that they had abandoned their traditional diet? If only we could look at a Western population that ate a lot of soy. We can: the Seventh-Day Adventists.

In the 1970s, more than 12,000 Adventist men were asked about their use of soy milk and then were followed for up to 16 years to see who got cancer and who did not. So, what did they find? Frequent consumption of soy milk was associated with a whopping 70 percent reduction of the risk of prostate cancer, as you can see at 1:33 in my video. Similarly, in a …continue reading 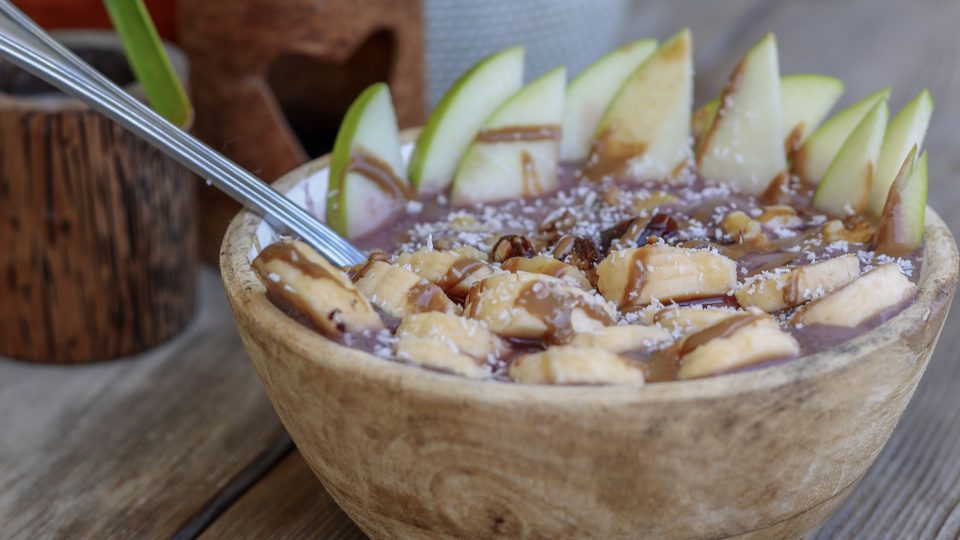 There are so many açaí products on the market now, from frozen pulp in smoothie packs to freeze-dried powder and supplements. How is it eaten traditionally? “In the Brazilian Amazon, the Indian tribes of the forest cut down the tree and eat the palm heart…then urinate on the rest of the tree to attract a species of palm beetle to lay its eggs inside the tree. Several weeks later, they return to harvest 3–4 pounds of beetle grub larvae….” I think I’ll just stick to my smoothie pack.

“Despite being used for a long time as food and beverage” in the Amazon, açaí berries have only been researched scientifically since the beginning of this century. A number of years ago, I reviewed that research in my video Clinical Studies on Açaí Berries, starting with in vitro studies showing that açaí could kill leukemia cells in a petri dish at levels you might expect to find in the bloodstream after eating one or two cups of açaí pulp and could also cut the growth of colon cancer cells in half.

Unfortunately, as I discuss in my video The Antioxidant Effects of Açaí vs. Apples, subsequent published studies have failed to find such benefits for that particular type of colon cancer, a different type of colon cancer, or an estrogen-receptor negative form of breast cancer. An açaí extract did appear to kill off a line of estrogen-receptor positive breast cancer cells, but to achieve that level of açaí nutrients in your breast, you’d have to eat about 400 cups of açaí pulp.

The problem with many of these petri dish studies is that they use concentrations that you could never realistically achieve in your bloodstream. For example, …continue reading 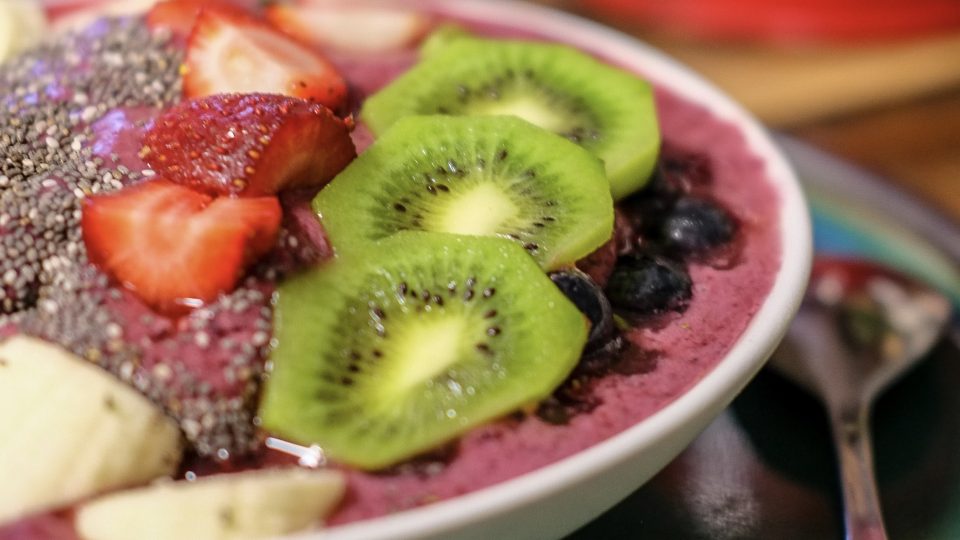 “Plant-based diets…have been found to reduce the risk of cardiovascular disease” and some of our other leading causes of death and disability. “Studies have shown that the longest living and least dementia-prone populations subsist on plant-based diets.” So why focus on açaí berries, just one plant, for brain health and performance?

Well, “foods rich in polyphenols…improve brain health,” and açaí berries contain lots of polyphenols and antioxidants, so perhaps that’s why they could be beneficial. If you’re only looking at polyphenols, though, there are more than a dozen foods that contain more per serving, like black elderberry, regular fruits like plums, flaxseeds, dark chocolate, and even just a cup of coffee.

Açaí berries don’t just have potential brain benefits, however. Might they also protect the lungs against harm induced by cigarette smoke? You may remember the study where the addition of açaí berries to cigarettes protected against emphysema—in smoking mice, that is. That’s not very helpful. There is a long list of impressive-looking benefits until you dig a little deeper. For example, I was excited to see a “[r]eduction of coronary disease risk due to the vasodilation effect” of açaí berries, but then I pulled the study and found they were talking about a vasodilator effect…in the mesenteric vascular bed of rats. There …continue reading 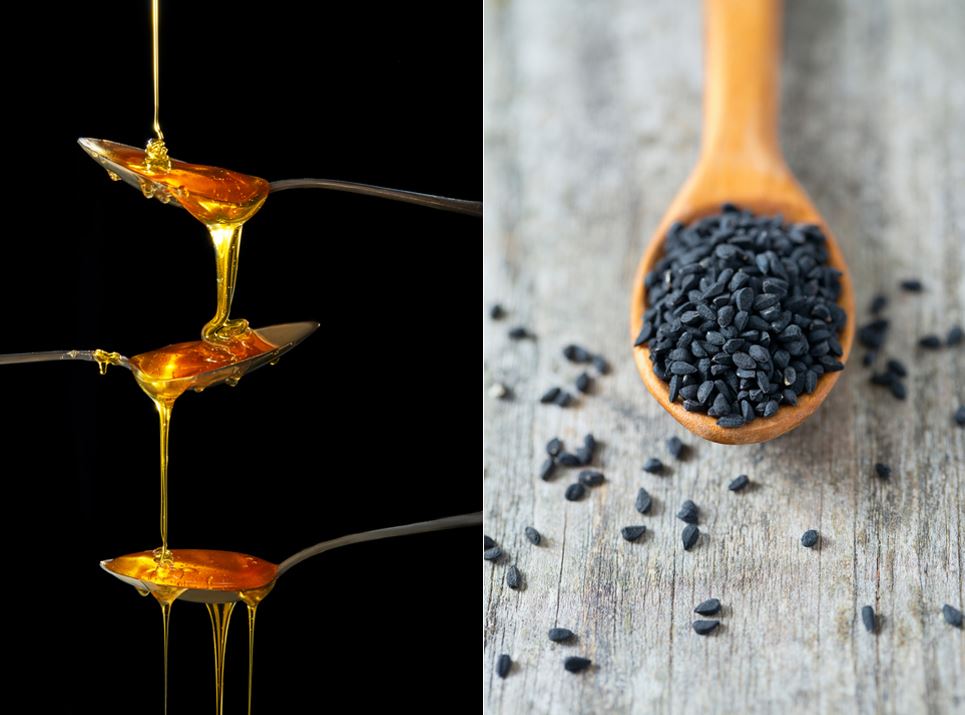 A randomised-controlled trial that is awaiting peer review suggests that Covid-19 patients who received a combination of honey and Nigella sativa recovered more quickly than those given a placebo. …continue reading

Here you will find the daily news on nutrition and diet.. and all about the body!